Why is Climate Change a Public Health Issue?

Climate change is very much linked to public health because of all its effects and it can have. It can not only affect the temperature, but it can also affect the air quality, the land climate, the sea level, and weather patterns. Dr. Maria Neira, director of the World Health Organization (WHO)'s public health and environment department, wrote in the article “Climate change: An opportunity for public health” that, "Around the world, variations in climate are affecting, in profoundly adverse ways, the air we breathe, the food we eat and the water we drink.” In the WHO’s August 2014 fact sheet on climate change and health, they wrote that "Climate change affects the social and environmental determinants of health – clean air, safe drinking water, sufficient food and secure shelter.” They also made a prediction that climate change will cause approximately 250,000 additional deaths per year between 2030 and 2050, although they do say that measuring the health effects from climate change can only be very approximate. Also, President Obama recently told CNN, "I think we've always known -- or at least in the 20th century we've understood -- that environment has an impact on public health.” In fact, as part of National Public Health Week, which took place from April 6 to April 12, 2015, President Obama met with U.S. Surgeon General Dr. Vivek Murthy and EPA Administrator Gina McCarthy to discuss the link between climate change and public health issues.

Climate Change predictions are being continuously and constantly changed and adapted to more recent data and and more accurate research. For this reason, every couple of years, the United Nations’ International Panel on Climate Change (IPCC) releases a report of more than a thousand pages of findings about the science of climate change. Back when the IPCC’s First Assessment Report was released in 1990, it made two main claims, both of which were rarely debated by scientists (even climate skeptics) and based on relatively simple science. The first claim is really just the existence of the greenhouse effect. 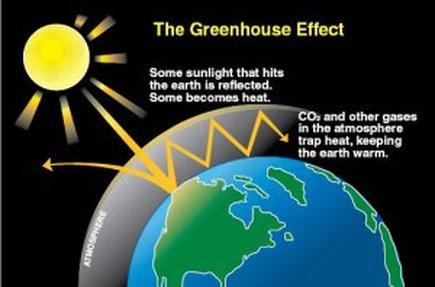 The reason that climate change is a debate at all is because there are a certain number of uncertainties, mainly about the modeling and data used to do research. Nate Silver wrote in his book “The Signal and the Noise,” that uncertainty is an essential and nonnegotiable part of a forecast or prediction for the future. He wrote about three different types of uncertainty people have when it comes to climate change:

Bayes’ Theorem and the IPCC Reports

As stated before, uncertainty is an essential and nonnegotiable part of a forecast or prediction for the future. Therefore, it is important to quantify this uncertainty carefully and explicitly, as it is essential to scientific progress.  Even in an IPCC report, the phrase “likely” generally implies a 66% chance of a prediction occurring, while the phrase “virtually certain” implies 99% confidence. The idea behind Bayes’ theorem is that we update our probability estimates continuously as new evidence presents itself to us. Nate Silver wrote, "As Bayesian reasoning would have it, that almost all scientific hypotheses should be thought of probabilistically, we should have a greater degree of confidence in a hypothesis backed up by strong and clear causal relationships…Newly discovered evidence should be weighed in the context of the other things we already know (or believe) about the planet and its climate." He goes on to write about how as a result of Bayes’ theorem, our beliefs should converge toward one another and the truth as we are presented with more evidence over time. He writes, “In theory, science should work this way. The notion of scientific consensus is tricky, but the idea is that the opinion of the scientific community converges toward the truth as ideas are debated and new evidence is uncovered." You see, in formal usage, “consensus" does not actually mean it unanimous, but instead just connotes broad agreement after a process of deliberation. In the scientific community, hypotheses are tested, results are argued over, articles are published, and conferences are held. This makes science is an example of a deliberative process that ideally comes to a consensus. Bayesian concepts are put into practice is when the IPCC gives an updated report every few years.

In 1990, the IPCC predicted that the temperature would rise at least 2 degrees Celsius each century. The actual temperature increase were slightly lower, closer to 1.5 degrees a century. There did end up being a explanation for the IPCC’s overestimation. Basically, they assumed that the same amount of carbon emissions would continue to be produced, and this end up not being the case. Nate Silver wrote, "The IPCC forecasts...assumed that there would be no success at all in mitigating carbon emissions… In fact, some limited efforts to reduce carbon emissions were made, especially in the European Union, and this projection was somewhat too pessimistic."  When they issued their next forecast, in 1995, they changed their increased warming prediction to a rate of about 1.8°C per century. This forecast ended up being highly more accurate than the first. Many people criticized the IPCC for overestimating the global temperature increase in their first report, but in reality they did exactly what science is supposed to do, which is adjust their predictions once they found out more information. Nate Silver wrote, "If instead you have come to understand that the history of prediction is fraught with failure, [the IPCC’s predictions] look more decent by comparison." The IPCC has released four new reports since its first report in 1990. Each time, as the IPCC gains more knowledge and do more research, they update their predictions and beliefs, just like Bayesian reasoning tells us to do.

Suppose that when the IPCC released its first report in 1990, you were fairly confident that climate change was occurring and global temperatures were increasing, and you quantified this to be around 97% confidence. This represents a prior belief that you have. Let’s say that between 1990 and 2000, net temperatures actually slightly decreased though, instead of increasing. This represents new information, or new evidence that is revealed. Under Bayes’s theorem, you should revise your estimate of the probability of the global warming based on this new evidence. Say that there is about a 10% chance that there will be no net warming over a decade even if the global warming hypothesis is true because of the variability in the climate. Also say that if the global warming hypothesis is not correct, there is a 55% chance no net warming over 10 years, which is a little more than half. As shown in the figure before below, this new information should only drop your confidence to being 85% sure that global temperatures are in fact increasing.

Table format from: Silver, Nate. The Signal and the Noise: Why so Many Predictions Fail--but Some Don't. New York: Penguin, 2012. Print.
For a while, you still believe there is an 85% percent chance that global temperatures are increasing. This now becomes your prior belief, or your P(A). In 2004, there was a particularly cold winter, so some of your friends start to claim that there is no way that global temperatures can be increase because it has been so cold that winter. To the contrary, you explain how because there is still a high probability that a winter would be cold, even with global warming, then this new information shouldn’t actually shift your belief very much. You assign there to be a 50% chance of a particularly cold winter, saying that is is basically random, if there is global warming. Also, to give them some leeway, you assign the probability of a cold winter with global warming to be 70%, which is significantly higher than the other. Even so, after using Bayes’ Theorem, it only drops your confidence by 5%, leaving you with he belief that there is an 80% that global temperatures are increasing.

Table format from: Silver, Nate. The Signal and the Noise: Why so Many Predictions Fail--but Some Don't. New York: Penguin, 2012. Print.
The next year, in 2005, the record was broken for number of hurricanes and extreme storms. Before this, you still think that there is an 80% chance that global temperatures are increasing, but the increased frequency of extreme storms is new information that you should take into account. The IPCC says that they have “medium confidence” that global warming causes more extreme weather. Therefore, you assign the probability of extreme weather with global warming to be 60%. Then you assign the probability of extreme weather happening even without global warming to be 40% due to other factors such as El Nino and such. After doing calculations with Bayes’ Theorem, this event increased your confidence that global temperatures are increasing to 86%.

Table format from: Silver, Nate. The Signal and the Noise: Why so Many Predictions Fail--but Some Don't. New York: Penguin, 2012. Print.
Now, our prior probability of global temperatures increasing is 86%. Later, in 2010, plants start blooming early, which is bad because bees and other pollinators aren’t ready for them, which negatively effects the ecosystem. It is also bad because it is possible  that plants will flower early, but a late-winter freeze will destroy the buds. Studies show that it is almost definitely a result of higher spring temperatures. As such, there is a small chance that this would occur without global warming, so you assign that probability to be 10%. Scientists predict this will probably continue with increasing global temperatures, so the probability of it occurring with global warming is 66%. After Bayes’ Theorem, the event raising the belief that global temperatures are increasing to 98%. This event had such an impact on the belief because the low probability that it would occur without global warming.

Table format from: Silver, Nate. The Signal and the Noise: Why so Many Predictions Fail--but Some Don't. New York: Penguin, 2012. Print.
Notice that your belief value continuously changes throughout time, as you gain more and more information. The same thing happens when scientists do more and research and understand things better as time goes on. Also, notice how different factors affect the degree of change caused by each event. If the event was likely to happen no matter what, then it doesn't affect the posterior probability too much. If it something that is very unusual, then it will likely change the posterior probability by a lot. The key is that as long as new information keeps being discovered, that science will always adjust itself to this new knowledge.
Lola Argiro, Dayva Frank, Son Huynh, Wilhelmina (Nanrui) Tan